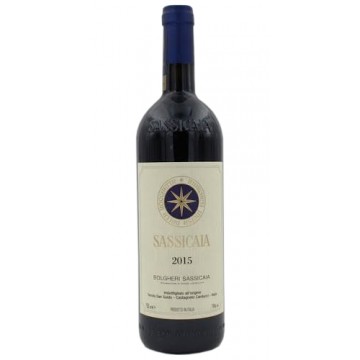 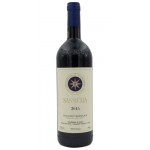 Sassicaia is an iconic wine, as blue-chip as first-growth Bordeaux, grand cru Burgundy or Napa Valley cult Cabernet. Although its character is austere in comparison to other Bordeaux-style blends from Bolgheri, it ages magnificently, as a tasting of the 1985 vintage at the estate late last year proved. In a stellar vintage like 2015, Sassicaia has everything: rich and concentrated black currant, blackberry, violet, mineral and spice flavors allied to a dense structure; vibrant acidity that drives the long aftertaste; and beautifully integrated oak, providing impeccable balance.

But the Sassicaia 2015 is very different from the early vintages made by Marchese Mario Incisa della Rocchetta, the wine’s creator. Those wines were produced from Cabernet Franc cuttings taken near Pisa and planted high on an inland hillside, near Castiglioncello. Though the original vineyard still exists, the bulk of Sassicaia’s vineyard parcels today are located at lower elevations.

“He was experimenting,” explains Mario’s granddaughter Priscilla Incisa della Rocchetta, who now manages the estate. Few innovators get it exactly right the first time around.

Ironically, the locals found Incisa della Rocchetta’s wine too green, preferring the light, fruity reds made from high-yielding Sangiovese. Nevertheless, after aging in cask and bottle for 10 years, Sassicaia was a revelation. It caught the attention of Piero Antinori, Mario’s nephew, who was enlisted to make Sassicaia known to the world. The debut commercial vintage was 1968.

The new Sassicaia soon caught the attention of wine lovers worldwide. Yet it never lost its Old World character or its Tuscan roots. The 1985 and 1988 vintages are legendary, and the 2015 reveals all the hallmarks of a great Sassicaia that will one day enjoy a similar reputation.

Since 2009, Carlo Paoli has been the estate director, overseeing a team of vineyard and cellar workers. Sassicaia is fermented in stainless steel and then aged in French oak casks, one-third new, for 24 months. Average annual production is 10,000 cases, making the wine widely available.

Tenuta San Guido produces two other red wines. Guidalberto is a blend of Cabernet Sauvignon (60 percent), including some young vines of Sassicaia, and Merlot. Eighty percent of the grapes come from a leased vineyard near the Sassicaia vineyard; the remaining fruit is purchased. Le Difese is the only San Guido red that contains any Sangiovese (40 percent), with the remainder Cabernet Sauvignon. Fruit for Le Difese comprises a combination of estate-grown and purchased grapes.

The Sassicaia story might never have been written at all if it weren’t for the personalities involved: fully committed and with the deep pockets to tackle the project. But it is a story with a happy ending, an amazing journey that began with the vision of its creator, shepherded along the way by some of Italy’s most respected vintners. Sassicaia has taken its rightful place in the pantheon of the world’s great wines and, spotlighted by the success of the 2015 vintage, it earns the honor of being named Wine Spectator Wine of the Year. 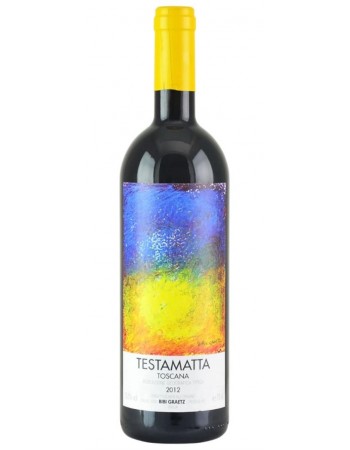