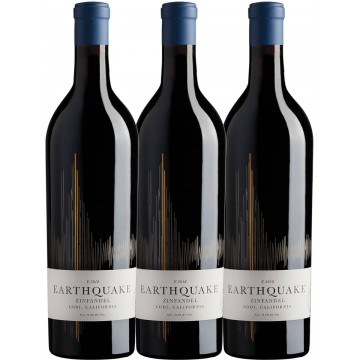 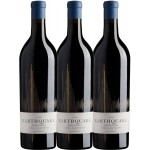 This rich, burly Zin is off the charts in concentration and intensity! Opening with black cherry, dark chocolate and tobacco on the nose, this full-bodied Zinfandel exudes flavors of red berry, plum, cacao and cola leading to a spice laced finish that lingers until the next quake.

“Michael” and “David” are Michael and David Phillips, brothers whose family has farmed fruits and vegetables in the Lodi region since the 1850s and cultivated wine grapes for nearly a century. Michael and David constitute the 5th generation of grape growers in the Phillips family, with the 6th generation now joining the family business.

Farming with future generations in mind, the Phillips have adopted some of the most progressive sustainable farming practices in the state. All 800 acres of the family’s vineyards are third party certified, and the state’s first per ton bonus was issued for contracted growers to follow in the family’s footsteps.

Michael David Winery farms more than 200 acres (80 hectares) of estate vineyards. All of its vineyards are certified organic by third-party organizations and all of the fruit crushed at the winery is certified as sustainably grown

This is a luxurious, deeply flavorful wine that's drenched in blackberry, blueberry and dark chocolate flavors and wrapped in soft tannins for a smooth mouthfeel. Aged in mostly American oak barrels (80% new), it is also amply accented by oak spices like vanilla and nutmeg