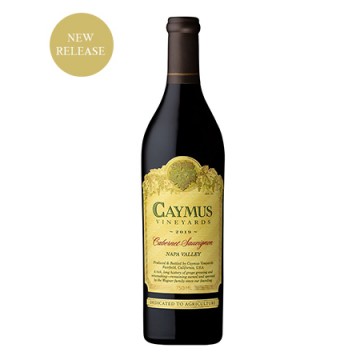 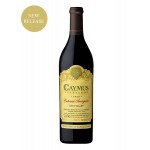 Caymus has a signature style that is dark in color, with rich fruit and ripe, velvety tannins – as approachable in youth as in maturity. We farm Cabernet grapes in eight of Napa’s 16 sub-appellations, with diversification enabling us to make the best possible wine in a given year. This Cabernet offers layered, lush aromas and flavors, including cocoa, cassis and ripe dark berries.

In 1972, Chuck Wagner started Caymus Vineyards with his parents, Charlie and Lorna, with a humble plan and an uncharted future. The Wagner family were farmers with deep roots in the Napa Valley – in 1857, Chuck Wagner’s great-great grandfather captained a wagon train to California from Bible Grove, Missouri. Working together for decades, Chuck Wagner and his parents established the family’s work ethic, appetite for innovation, down-to-earth sensibility, and deep appreciation of the pleasures of good food and wine enjoyed with family and friends.

Caymus Vineyards and the Wagner family
The Wagners have roots in the Napa Valley dating back to the 1850s, with a long family history of grape growing and winemaking.
In 1972, Chuck Wagner started Caymus Vineyards with his late parents, Lorna and Charlie Wagner Sr. Working together for decades, they established Caymus Cabernet as one of the region’s most celebrated wines. Today, Chuck continues to produce two world-renowned Cabernet Sauvignons, Caymus Napa Valley and Caymus Special Selection.

In addition, Chuck is head of winemaking for Bonanza, a California Cabernet Sauvignon that celebrates the endless discovery of vineyard land throughout the state. He also produces Caymus-Suisun Grand Durif, a Petite Sirah from neighboring Suisun Valley. A “hidden gem” wine region only 30 minutes from Napa, Suisun has become the Wagners’ second home, with exceptional growing conditions for a range of varietals.

Endless exploration of California and the next generation
Since Caymus Vineyards was founded, the Wagner family has worked with the soils and climate of Napa Valley to develop techniques for farming grapes and producing fine wine. They are now applying those techniques to making a range of wines from other parts of California and beyond. Their winemaking business remains entirely family-run, and two of Chuck’s children, Charlie and Jenny Wagner, now work alongside him.

Charlie produces coastal Mer Soleil Chardonnays and Pinot Noir and also leads Conundrum. In addition, he is at the helm of Red Schooner, which now includes two “Red Wines of the World,” a Malbec produced from grapes grown in Argentina and a red blend made from grapes grown in Australia. In the past few years, Charlie launched Sea Sun, which includes both a Chardonnay and Pinot Noir sourced from premier coastal regions of California. Holding broad appeal, Sea Sun wines showcase California’s remarkable diversity and richness of land.

Jenny is winemaker for Emmolo Merlot, Sauvignon Blanc and sparkling, creating a distinct style for each of these wines. Recently, she also launched Caymus-Suisun The Walking Fool, the family’s second wine from Suisun Valley. Named after a long-ago relative (who was often seen on foot, thus earning this affectionate moniker), The Walking Fool is a red blend featuring Zinfandel and Petite Sirah, with a smooth and lively style.

Chuck, Charlie and Jenny all feel extremely fortunate to be spending their days exploring California in pursuit of making extraordinary wine, year after year and generation after generation.

Caymus has a signature style that is dark in color, with rich fruit and ripe tannins – as approachable in youth as in maturity. Since its founding in 1972, Caymus has become renowned as a consistent leader in the production of Napa Valley Cabernet. We farm grapes for this wine in eight of Napa’s 16 sub-appellations, with diversification enabling us to make the best possible wine in a given year. Our Cabernet offers layered, lush aromas and flavors, including cocoa, cassis and ripe berries. 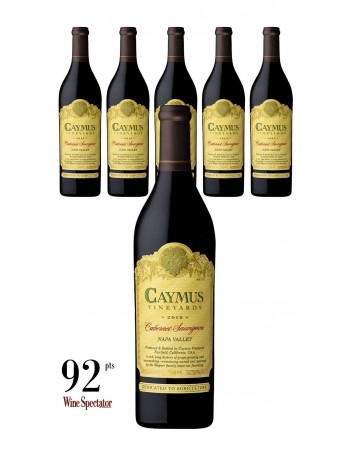 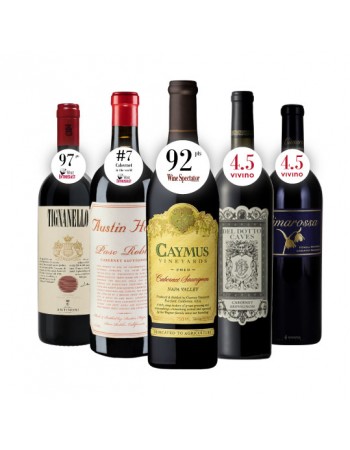