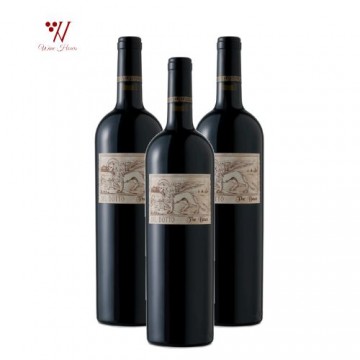 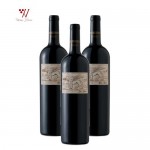 Although the Del Dotto story begins on our Rutherford Estate, it has expanded to include seven other specially selected appellations.

Currently our footprint consists of 437 acres with 121 acres planted of varietals including chardonnay, sauvignon blanc, pinot noir, syrah, cabernet sauvignon, cabernet franc, merlot and sangiovese. It took 18 years to find the ideal sites to cultivate each individually selected grape clone and to maximize the terroir flavors in the wines. Each vineyard is organically farmed, with no chemical sprays or fertilizers, and all weeding performed by hand. The plants are meticulously cared for by professional vineyard workers in order to maintain the quality of the crop that defines the Del Dotto reputation

With a family name rooted in winemaking since the 1400s, wine was in Dave’s veins.  He started collecting bottles in the late ‘80s. In 1988, he was on a wine-buying trip in Napa Valley with his wife Yolanda when they stumbled upon a beautiful 1912 Frank Lloyd Wright craftsman house located in the desirable Rutherford appellation. Dave had a palate for fine wines and a love for real estate, and he knew the Rutherford property had the potential to produce some remarkable grapes. He and Yolanda purchased the 17-acre property on the spot after falling in love with the view. Shortly after, our family moved from Kona, Hawaii, and in 1990, continued the 800-year old Del Dotto legacy by planting new rootstock of cabernet sauvignon, cabernet franc, merlot and sangiovese.

In 1999, we opened our first tasting room Historic Del Dotto Winery & Cave, fearturing a hand-dug cave dating back to 1885. By 2005, we had 90 acres of vineyards to the Del Dotto name and Dave brought Robbie Meyer on board as a consulting winemaker to oversee production of pinot noir and chardonnay from the Cinghiale Vineyard in Sonoma. Having just purchased the vineyard and discovering it had received a 97-point rating from Wine Spectator for the prior vintage, Dave sought a winemaker who could bring out the best the vineyard had to offer. Robbie was considered to be one of the great new winemakers in America from his time at Lewis Cellars and Peter Michael, and proved to be an excellent fit.

A year later, Gerard Zanzonico was hired as our first full-time winemaker having spent nearly three decades making wine for notable Napa Valley labels including Chateau Montelena, Stonegate and Staglin. He had made a name for himself by trying new approaches to winemaking and was eager to manifest Dave’s vision. With the help of Gerard, Dave began the most extensive barrel program in the world, using more than 50 different barrel types from a multitude of cooperages from around the world, including those in France, USA, Russia, Hungary and Italy.

Always the trailblazer, Dave ventured so far as to develop innovative barrels such as the carved and grooved barrels and the MOFO Barrel, which consists of equal parts Missouri Oak and French Oak. The concept had never been executed before and has become one of our most desired barrel types. In fact, Del Dotto was also the first winery to bottle wines directly out of individual barrels, providing our visitors with a unique tasting experience highlighting the varied flavor nuances oak can provide to a premium wine.

It was always Dave and Yolanda’s dream to have a winery on the Rutherford property.  Dave envisioned a grand Venetian palace in homage to the Del Dotto family’s heritage dating back to 1150 Venice.  Nineteen years after purchasing the property, we opened the Del Dotto Venetian Estate to the public in 2007. This winery in particular embodies Dave’s philosophy that wine tasting should be a full sensory experience. And thus, our family launched a robust culinary program at the Venetian Estate, led by Chef Joshua Schwartz, formerly of Michelin-starred restaurants such as The French Laundry, Per Se, Bouchon and Bouley. With the help of Chef Tony Incontro, we have also adopted a robust salumi program at the Venetian Estate, offering house-cured salumis made using traditional Italian techniques and artisanal practices.

In the last decade, we have received increasingly positive recognition for all of our wines from the likes of Robert Parker and Wine Spectator, including 100-point ratings for The Beast, our most notable bottling and first cabernet sauvignon blend, and Villa Del Lago, our sister property on Pritchard Hill.

Although still a small family-run winery, we produce about 20,000 cases annually for the sole purpose of making great wine to bring family and friends together for the enjoyment of life.

"The 2018 Beast is another stellar collaboration of the finest Cabernets from our six Estate properties. One hundred percent Cabernet Sauvignon hand-selected from our vineyards in St. Helena, Rutherford, Oakville, Howell Mountain and Pritchard Hill. At first glance the color is opaque, visually hearty and powerful. The bouquet is intense with ripe black cherry, blackberry, shaved dark chocolate, graphite, fresh cut tobacco, and mushroom. The mouthfeel is near perfect, viscous and well balanced. Flavors of mocha and truffle are intertwined with graham cracker, chocolate eclair, blueberries, boysenberries, and black raspberries. The richness is profound and the finish is seemingly endless. Should age well for 15-20 years." 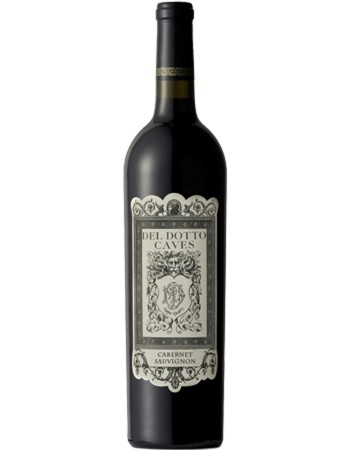 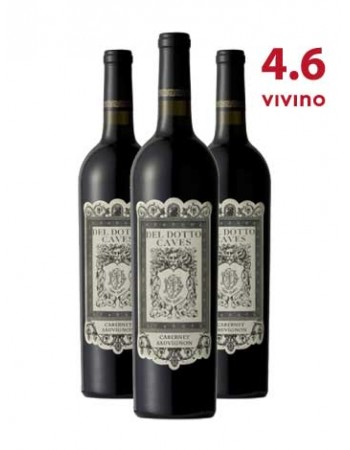